Where to start? I could go as far back as 41 years ago when my Mam and Dad bumped ugly’s and created this mong of a leg-end…lol. But I will save you all some of the strange things I done whilst growing up and jump forward to January this year. I was sat having a brew after having tea with the now Prez and club first lady Mark and Tracey Manby (for those of you who don’t know Tracey is a feeder). Mark was regaling me with his last trip up to Simmer Dim and was showing me some pictures. Mark then announced that he was planning on attending again this year. Tracey informed me that I would be going as I would have to look after Mark as she would not be attending (I must add whilst this was being said Tracey had a huge grin on her face).

Now jump ahead 6 months and Mark and me on a sunny Tuesday morning started our ride up north. On the first part of journey only one thing of note happened, having a lovely ride going over the Fosseway a truck decided to pull out on our Prez from a side road and almost wipe him out but with the reflexes of a surprised & a very startled cat and I am still unsure how Mark managed to get past, with a lot of dirt flying up from the grass verge off the side of the road, I was expecting to see the worst but thankfully all was ok. We pulled up at a set of traffic lights shortly after and Mark turned to me and said, “Taff we need to stop so you can have a fag”. I remember one of Mark quotes from that morning went along the lines of “that prick even looked at me before pulling out,the cockwomble”.

There were no more instances on the route up North where we meet up with Simon Thornton at Tef’s Tattoo shop. A few brews later we departed from Tef’s but not before Simon had put his Bike back together as he had a slight oil leak (in truth it was more than a slight it was like a slip and slide). Here I must ad that the week leading up to the rally Simon decided that he was going to totally strip his bike down repair and rebuild it himself and get the MOT done prior to the trip. With a lot of piss taking and winding up at the CH the week before the rally Simon was looking rather worried with what he was doing. But happy to say that he completed the work. And a lot of people from the club even offered to lend him a bike if his went all wrong.

After leaving Tef’s we pulled in at the services where Simon had to get himself a bottle of oil which then turned out to be a standard thing for him for the week to check and top his oil up before setting off after every stop. All three of us made it in good order to Jim Dignan’s house where we stayed the night and was hosted in a fantastic manner by both Jim and Shona. The following day with Mark, Jim & Shona on the back of Jim’s bike, Wally (fellow Prospect), Marianne and myself we set off from Dundee along the coast road to Aberdeen the only thing of note that happened besides for seeing some fantastic views was a slight issue with my front brake pads where they decided to disintegrate on a sharp left hairpin turn in truth my arse gave it some big licks and thankfully nothing was coming from the other way. We meet up with Stuart Ferguson and made our way to the ferry port to load the bikes up. We then had a few hours to do what we wanted and low and behold in true OGRI style we all decided to go and have a few beers. I had to make a quick stop at a bike shop to pick up some new brake pads (more on that later). Then it was back to the ferry for the overnight crossing where we all decided to carry on and drink even more beer and Gin and well let’s be fair anything else we could get our hands on.

We all got off the ferry the following morning and the rain was honking so it was a slow and steady ride to the venue and surprisingly Shetland island is a lot bigger than I first though as it took about an hour from the ferry port to the campsite. We booked in for the rally put our tents up whilst there was a 5min break in the rain. Once all the normal admin was done we decided to have a little wander around and we found the bar. That first day was just a steady drinking and general merriment. I can vaguely recall going to bed at around 0200 and thinking bugger me it’s still light (that was to be repeated many times during the stay).

The following day a few people decided to go out for a ride around the island I attempted to repair my bike but due to the bike shop selling me the wrong type of pads I had to retire to the bar and drink lots of alcohol to drown my sorrows, but not before phoning the bike shop and having a few choice words, they promised to sort it out on the return trip (thankfully they upheld their word and the work was done for free).

The next few days if I am being honest all seemed to meld into one as the night did not go fully dark (which that in its self was very strange even more so when you are full of alcohol), there was lots of alcohol drunk and many games played, and some strange things seen. Such as seeing Stu do a full swan dive from a bench into a big blue bin (if you were to ask Stu he would deny all knowledge). Also, Mark falling asleep in the bar (I know as I have photo evidence of this), on a side note Mark was horrified by this as he says he never falls asleep in the bar and I was not to tell anyone.

One of the games played was the Beer Boot game even now I am unsure of the rules of the game, but it involved around 80 of us sat around a long table and you had to drink from the various boots being passed around until the umpire said you was out, honestly I done think the umpires knew the rules either they just made it up as they went along. I ended up coming third in the game and Mark was more upset than me by the turn of events…lol. Another game was a mini obstacle course which you had to drink warm custard mixed with various shots, I drank all of mine and even offered to drink everyone else’s including the team we were pitted against.

The same day as the games were played more than a few Vikings and I mean Vikings in all there regalia turned up and regaled us with song and drink and they even took part in a few games, everyone from OGRI joined in in dragging the Vikings over the finish line during the sack race. I even got a few free drinks from them and I also remember Mark running around with an axe and shield (it was surprising how much space was created around Mark as soon as the axe was handed to him).

The return trip to the ferry port was spectacular the skies were clear; the views were out of this world. Getting off the ferry in Aberdeen there was nothing but rain and we slowly meandered and made our way back to our normal lives. Its true what they say Scotland is spectacular to ride around and north end of England is very grim as it done nothing but rain on the ride back down south.

Lastly there is now a drink that was modified whilst at Simmer Dim in its original form it’s called a Gin Bomb which is Gin, smirnoff Ice and a dash of blackcurrant. To be honest this drink was very nice then Simon came up with an OGRI bomb all you had to do was replace the blackcurrant with Port and yes, we all got very very drunk on them. The drink seemed to get you drunk from the feet up! I know as after drinking them my feet did not want to go where I wanted them to.

The Simmer Dim Rally is one I would say every person should attend at least once as everything about the place is special and it is one hell of an experience. I can say with hand on heart that I will go to this rally again. 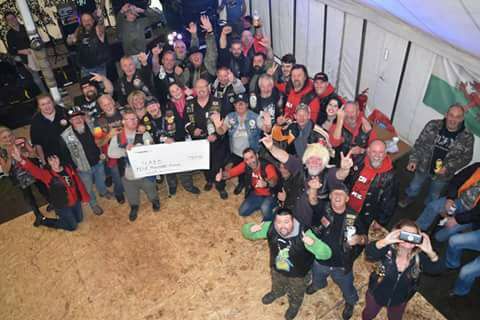 So it all started with a freekin epic fry up at Mr Manby and Bomber’s local café in chippy ,followed by a […] 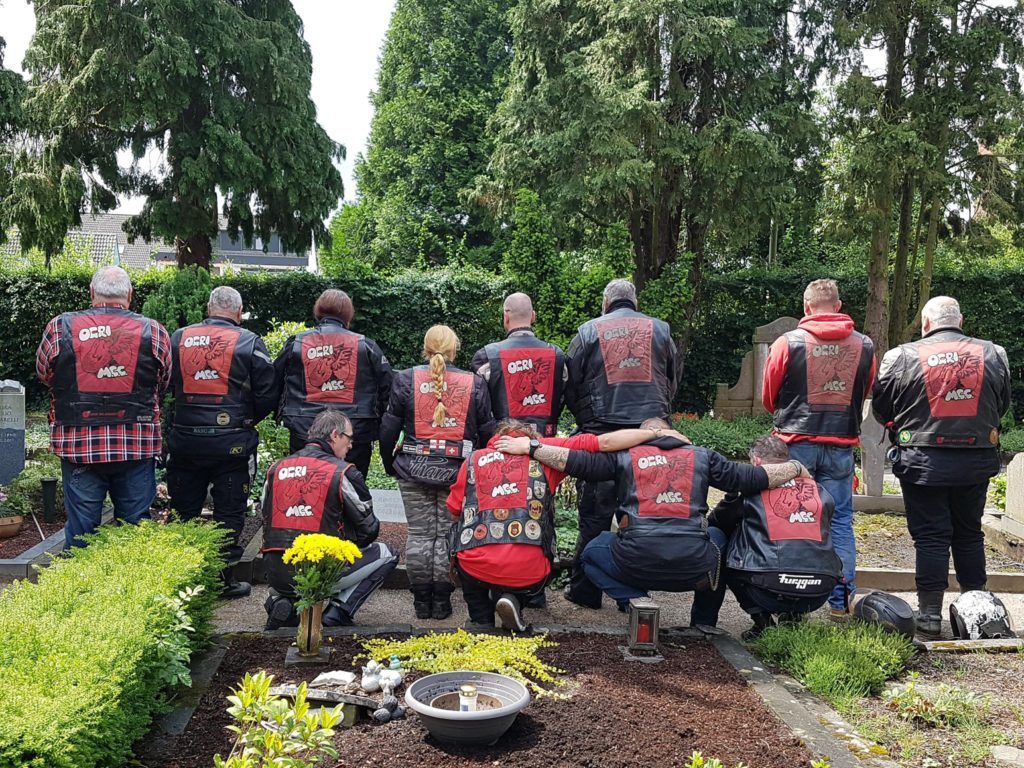 Trip to Pegasus MC Summer Rally 2018 from Scotland Great start ..there was a wide load (Not Jim) en route but we […] 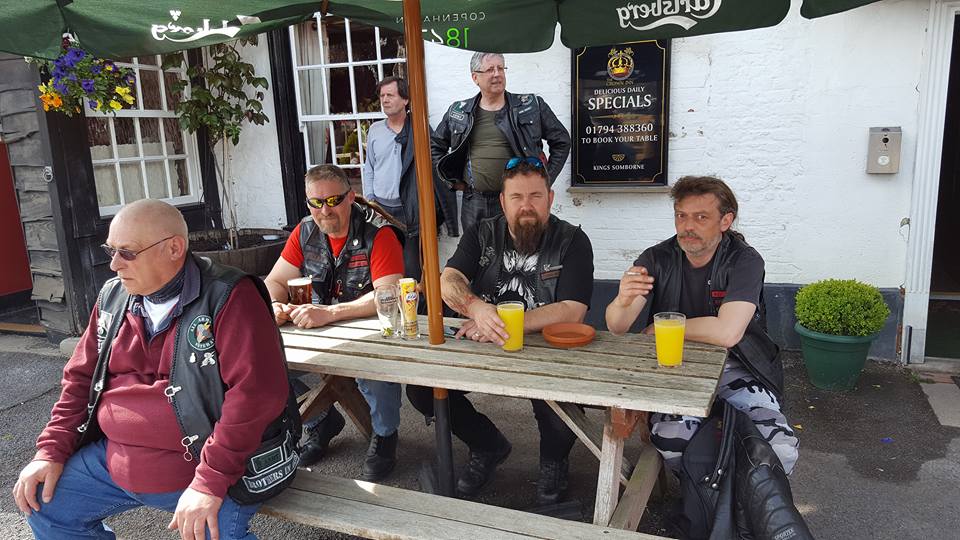