Going to Kleps for the weekend meant a very early start. I needed to be at Cobham Service Station, on M25, by 6am, but first I had to drop my car off at Kev’s house as I couldn’t leave it at the services. A big thank you goes to Kev’s wife who kindly got us to Cobham in time to get the nine-seater mini bus, where we were greeted by seven happy faces eagerly waiting to leave for Kleps.

It took one and half hours to get to Dover, where we were due to catch the ferry, which was due to depart at 9am. Once on board and we had all found seats, Chris bought the first round to start the day, before going to have our breakfast and then catch up on some sleep before the ferry docked two and half hours later.

We finally get to Kleps, after a three hour drive, arriving at 4pm, giving us just enough daylight to get our tents erected before it got dark.

We were the first group to arrive, the beer tent had just opened, so off we went to enjoy a pint or two. For some reason Sean and I decided to tie our wrists to each other, using cable ties, for a couple of hours. This made things very interesting when we needed to visit the toilet.

When the food was ready, I found myself tied to two beer crates… I don’t know how that happened! Anyway, I managed to get free and have some of the delicious food on offer. The Kleps chefs had worked hard to supply a variety of food to fit all tastes, such as Pancakes, meat rolls, soup… which was available all night.

In the evening they had beer, dancing music, beer, log fire,, did I mention beer! We were kept warm and watered all evening, When I finally crawled back to my tent and fell asleep I could hear the sound of music and people having a good time.

At 8am the next morning I woke up to the sound of snoring, a far cry from the sounds of the night before. After cleaning my teeth, I was one of the lucky ones that didn’t throw up, I put my tent away and went to join the queue to the toilets.

Not as eager as when we left, due to too much beer and lack of sleep, we climbed into the mini bus and travelled in silence back to the ferry.

When the ferry departed at 2pm we went and had some lunch which made us all feel a bit more human again.

Thanks to Chris for doing all the driving and getting us there and back safely. It was much appreciated.

All in all a brilliant time.

Looking forward to next year. 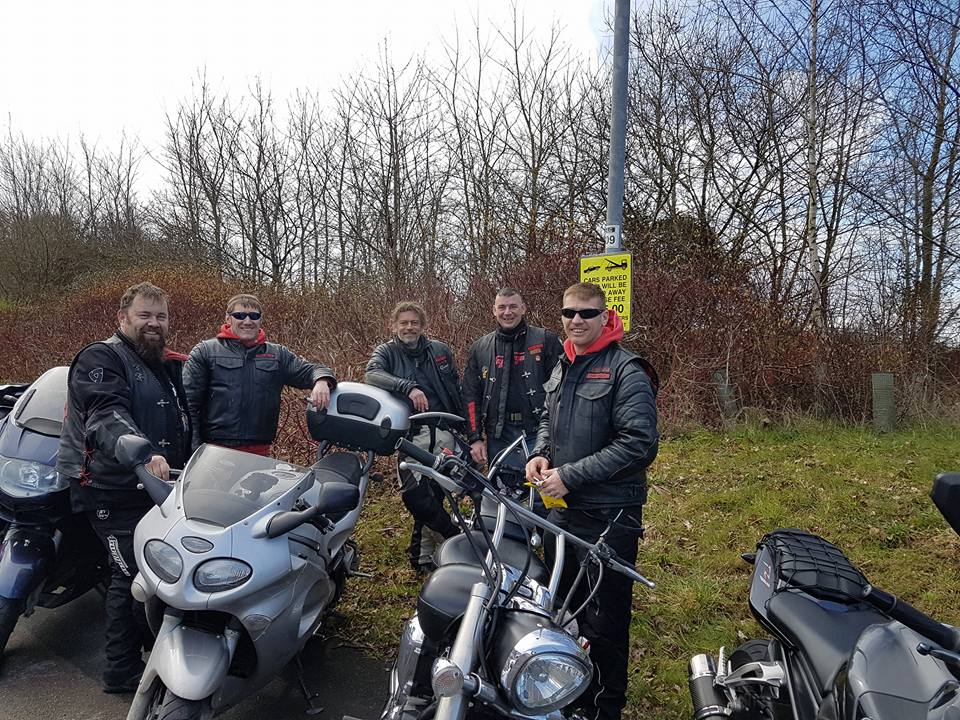